Sal Architetto- CS major at Rutgers, Soccer Player, now works in Bloomberg
Ken- Former Goldman Sachs now at AltCoin Investors
Eric Samuels- Brookdale Hospital 37 years, Network manager
Eric Samuels Email Signature Link
PowerPoint Link
Justin (full Bio)
Justin Roby Gumbs was born January 23, 1995.  He was raised in a loving household by his single mother and grandmother.  Justin also has a younger brother Jeremy a professional performer.  At the age of two his mother a former educator started homeschooling him, it was then she recognized his strong retention ability.  So he was then enrolled in swimming class, karate class at the age of three and piano class at the age of four.  Justin also at the tender age of four began acting professionally in National Commercials & Prints.

He was privileged to unique learning experiences by travelling across the United States and Taipei, Taiwan for a year and a half while accompanying his mother and brother who was starring in Disney's "The Lion King" National and International tours.  It was from this experience that broadened his interest in computer science.

Upon returning home, Justin successfully continued his academic endeavors.  His language of study was Mandarin.  He'd taken Masters Degree Level classes at the age of 17 receiving certificates in Introduction to Copyright Law, Applied Cryptography, Artificial Intelligence and How to Build a Startup in Business.

Justin received the "President's Award for Educational Excellence" under the George W. Bush Administration when just in elementary school so graduating six months early from High School with honors was no surprise.  He became the recipient of "Eleanor B. Hull Youth Award" for Exemplary Academic Achievement & Outstanding Community Service and became
the youngest African American to pass the Microsoft MCTS Exam.  Justin also became certified in Project Management all before entering his only college choice NYIT.

Although Justin had a full schedule, scholarship and tuition assistance he still managed to hold a part-time job at a management company working on all computer systems.  This was to fill in for other expenses and to contribute at home.
It was always instilled in his household that anything can be achieved with hard work and family support.

Due to the high bar that Justin set for himself he decided to get more knowledge and experience in his field of study by taking off the second semester of his first year and accepting an entry level position as a Systems Admin at one of New York's most respected Process Serving companies eventually earning the title of IT Director.  He then took that experience and took employment as IT Director of Executive Color Systems, one of the most well known Konica Minolta dealers in the United States where state of the art MFP's plotters were sold or leased.  Managed Document Services and IT services were also offered as well.  He served at this position for a year.

While wanting more and continuing to climb the corporate ladder Justin was recruited by Jobspring Partners and began working at INTEGREON a company that specializes  in Legal Services , Business Services, document Services , and Research Services.
Currently Justin holds a dream position at INTEGREON as a Senior Systems Engineer  managing the IT department of 3 United States sites including Virginia, New York and the newly built North Carolina site.
Justin continues to strive to grow in the technology field.
at November 11, 2017 1 comment: 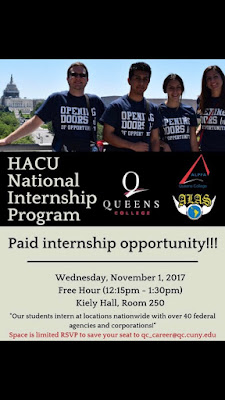 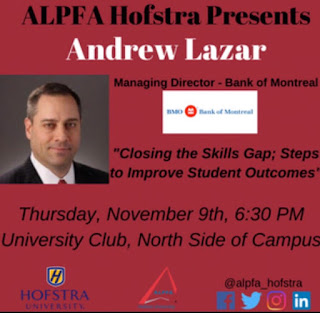 Steps to Success: What is YOUR game plan?


https://www.youtube.com/watch?v=BCeGKxz3Q8Q (GOOD LUCK WITH THIS)